2022 has been a phenomenal year for the team at Invest Newcastle as we put our city and region back on the international map with a string of inward investment wins and successful trips to major trade shows across Europe.

Following two years of pandemic disruption, the last 12 months have seen us return to doing what we do best – working with partners to put the North East in front of a global business audience.

Our collective efforts have culminated in the North East topping the list for job creation from foreign direct investment (FDI) in the most recent analysis of annual statistics by the Department for International Trade (DIT) in June 2022.

And in the last 12 months, 30 new companies chose Newcastle and Gateshead as the place to launch or strengthen their UK operations.

Over the last five years, The North of England has increased its share of total UK FDI projects from 19% to 33% – a statistic that is in no small part down to the dedication of many people in the North East who we are proud to work alongside.

Such an increase should also warm the hearts of all of us who want to unlock the vast potential of the UK’s regions and see the investment and productivity gains that a levelled-up Britain promises, not to mention the much-needed new jobs that will be created for local residents at all levels.

In the North East, the arrival of so many ground-breaking international companies in the last year has helped us galvanise partners to attract even more inward investment to the city.

Back in March, we brought together a diverse delegation from the public and private sector in Cannes for MIPIM, one of the world’s largest real estate investment conferences.

Returning for the first time since COVID-19, we sent a clear message to the 20,000+ business leaders, decision makers and investors in attendance that the North East is open for business.

MIPIM was followed by the inaugural UK Real Estate Investment & Infrastructure Forum (UKREiiF), which we attended alongside many other UK cities in Leeds back in May.

Invest Newcastle Director Jen Hartley sits on the Advisory Group for UKREiiF alongside Lord Kerslake and in 2023, we will be attending with a much larger presence to maximise the opportunity this unique event provides.

Another example of us galvanising partners on the biggest stage came at the Smart City Expo World Congress in Barcelona, where we led a delegation including Newcastle City Council, the UK National Innovation Centre for Ageing (NICA), fast-growing innovation consultancy Urban Foresight and Japanese digital consultancy, Monstarlab.

As the only English city with a presence on the exhibition floor, Smart City Expo saw the Invest Newcastle team engage with investors from right across the globe and explain what makes the city such a smart and sustainable place to live, work and invest in.

The Expo also allowed us to bring together two sectors – digital technology and sustainability – that have grown from strength to strength in the last 12 months. According to a PwC report, the North East saw the biggest increase in green jobs in 2022 and our growing confidence in this space is underpinned by the strong relationships we have built with the Nordic countries through attending events like Oslo Innovation Week.

On the technology side, international companies like Arctic Wolf (US), MonstarLab (Japan), Thoughtworks (US), Version 1 (Ireland), Credera (US) and CGI (Canada) have all landed in the region and we have seen our reputation in the gaming industry enhanced by hosting a national esports conference.

These wins have only been made possible by working in collaboration with our partners, and we have been delighted to see them also recognised for their achievements this year against a backdrop of challenging economic headwinds.

Newcastle Helix, for one, has had an incredibly successful 2022, with both The Catalyst and The Biosphere reaching full capacity and The Lumen and The Spark ahead of forecast after becoming home to ambitious companies such as Womble Bond Dickinson, Scott Logic and Hay & Kilner.

Plans to develop other strategic sites in the city have also progressed at pace over the last 12 months, from the ambitious Pilgrim Quarter scheme, which will bring 9,000 HMRC staff into a new state-of-the-art regional centre, to the new Bank House office tower, which is set to open in Q1 2023 after securing DAC Beachcroft and Lycetts as first tenants.

Elsewhere in the city, Newcastle and Northumbria University have been recognised for their continued contribution to the region’s research power, with the former securing numerous accreditations for academic excellence and sustainability and Northumbria becoming Times Higher Education’s University of the Year.

Newcastle Hospitals NHS Foundation Trust is another organisation delivering on research innovation as well as providing excellent patient care. The Trust has made a number of scientific breakthroughs in 2022 and has secured investment for further research in areas such as early diagnosis, paediatrics and patient safety.

In fact, businesses right across our region’s thriving health and life sciences sector have been breaking new ground and bringing in investment this year. In November, we attended the MEDICA conference in Dusseldorf and were thrilled to see local companies like QuantuMDx exhibiting with the Department for International Trade.

Newcastle International was also named UK and Irish Airport of the Year at the 2022 Travel Industry Awards and has plans to launch a number of new routes following two years of COVID-19 disruption to international travel. 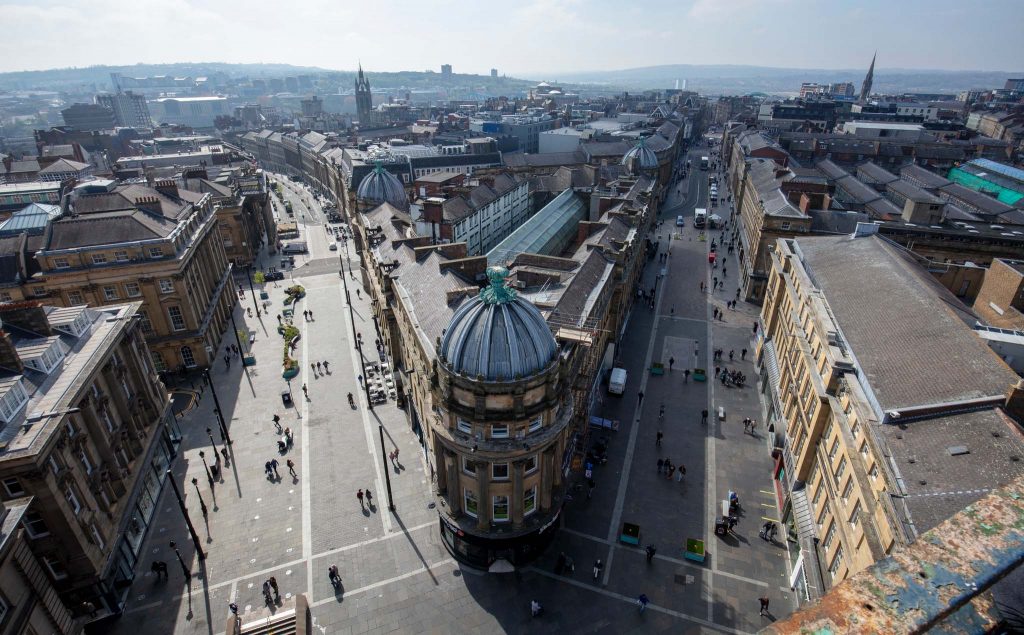 Looking ahead to 2023, we are incredibly excited about the plans for North East Screen, backed by all 12 local authorities under the North East Screen Industries Partnership (NESIP), which has signed a memorandum of understanding (MOU) with the BBC that will unlock new funding for the creative sector in addition to the funding and jobs coming to the region as part of the BBC’s new tech hub in Newcastle.

The region’s defence and security sector also looks set to be strengthened in 2023, with the Ministry of Defence setting up a northern hub of the Defence Science and Technology Laboratory (DSTL) and companies like Lockheed Martin making plans to grow the local skills base for this fast-growing cluster.

Following the publication of the North East Fintech Strategy, launched in response to the Khalifa Review, we are equally excited about the opportunity to create 2,000 new local jobs in this emerging sector in the next three years.

Other emerging sectors that we expect to become more established in the new year include electrification, which has been boosted by work to build some of the UK’s first electric vehicle gigaplants here in the region, and data innovation, which is helping SMEs and large corporates alike bring new products and services to market.

All in all, the team at Invest Newcastle are feeling quietly confident that despite the clear challenges posed by the cost-of-living crisis and economic downturn, the regeneration and revitalisation of the North East will continue unabated.

Thanks to our funders Newcastle City Council, Gateshead Council and North of Tyne Combined Authority for their support and thanks to all our partners – we are incredibly proud of the work we have done together over the last year.

If you want to work with us or find out more about how we can help businesses locate, expand and thrive in the North East, get in touch at invest@ngi.org.uk or visit www.investnewcastle.com.